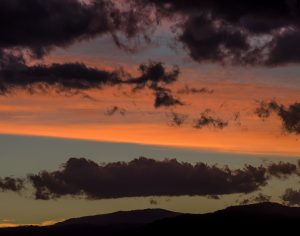 The email p sent me said simply,
‘How is life in Australia these days.’
I laughed at his signature, the single letter p,
in lower case, followed by a small heart,
a nuance of how fragile we are

We had met briefly in the years before,
once, in Poona, India,
walking up and down the M.G. Road,
chanting meaningless mantras,
just for the hell of it

Then once more in London,
where I proudly presented hand-drawn horoscopes for his sessions,
glyphs and lines meshing and clashing on the page,
destinies emerging like larvae from the natal cocoon

p was replying to a poem I posted on the net,
to no-one in particular,
a poem in search of soul-mates,
men and women with the courage
to stand on their own feet

When p arrived in Australia, together with m,
we chatted eagerly, enjoying the thrill,
the promise of a rainy winter morning.
They spent their time joking, figuring, juggling Yellow Pages,
Pluto transits, horse-rides, immigration papers, investment strategies,
trips up the Bellinger river to the Never-Never land,
we dreamt of opening a wine-bar ‘up north’,
serving heady desserts and intoxicating poetry

One night I cooked a lasagne for a party,
‘I’m never going to cook lasagne again’,
I said petulantly, because it was not quite right,
‘Well I’m glad I was there for the last time’, p said.
Next morning, we had the left-overs for breakfast.

And it was the last time.
They returned to Germany to sort out money hassles, Australian visas.
In his emails, p talked of the cage, the cold,
‘the final sprint across the tarmac’ to get out.
There were delays, frustrations, files lost in diplomatic bags,
reneged deals, a fall from a horse,
a maze of conjunctions and oppositions.

By the time they got back to the Bellinger,
cancer was eating his brain.
I read the news in a fax sent to me in India.

Lying down, exhausted,
in the valley of death.
The relentless wind,
Nothing but rocks and clouds,
Nothing

When p died a few months later, in Berlin,
I do not know what state he was in.
I only know I could feel his love for me and for the universe.

I see your eyes, like apophyllite
I feel your heart, like Rigel
I hear you saying goodbye, saying I don’t know,
I see the fire of a billion suns
I see the Buddha inside you